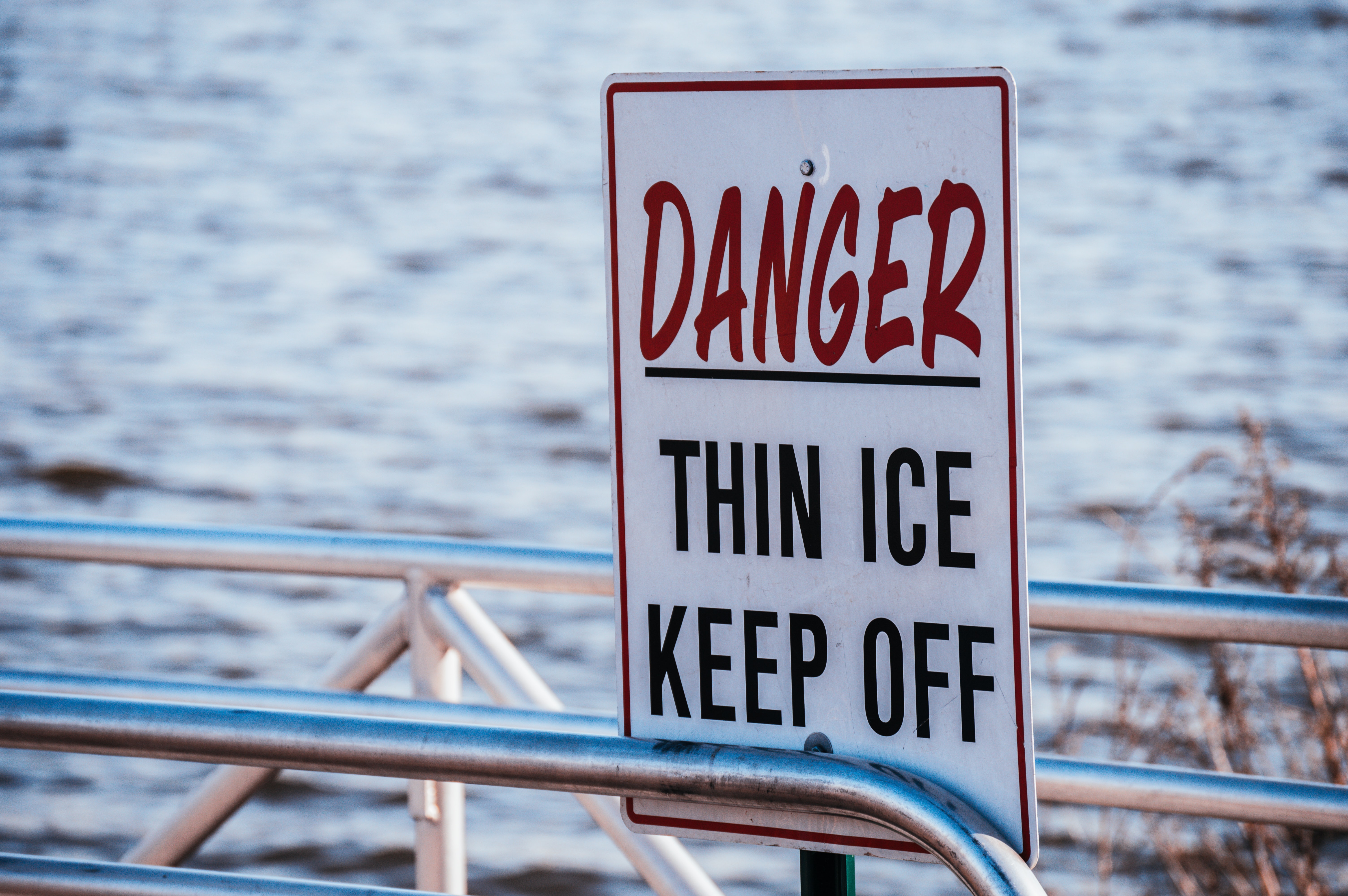 Thin Ice Warning
We have had a couple of people fall through the ice on Emerald Lake (luckily close to shore and not hurt).

A clip from that site:
‍
"When is ice safe? There really is no sure answer. In fact, ice is probably never 100 percent safe. You can’t judge the strength of ice just by its appearance, age, thickness, temperature or whether or not the ice is covered with snow. Strength is based on all these factors ‑‑plus the depth of water under the ice, size of the water body, water chemistry and currents, the distri­bution of the load on the ice, and local climatic conditions.

SOME COLD FACTS ABOUT ICE

New ice is usually stronger than old ice. Four inches of clear, newly‑formed ice may support one person on foot, while a foot or more of old, partially‑thawed ice may not.     Ice seldom freezes uniformly. It may be a foot thick in one location and only an inch or two just a few feet away.

Ice formed over flowing water and currents is often dangerous. This is especially true near streams, bridges and culverts. Also, the ice on outside river bends is usually weaker due to the undermining effects of the faster current.

The insulating effect of snow slows down the freezing process. The extra weight also reduces how much weight the ice sheet can support. Also, ice near shore can be weaker than ice that is farther out.

Cordless Drill.    There is one tool, that many households have hanging on the pegboard in the basement or on a shelf in the garage that can make checking ice thickness a quick and easy task - a cordless rechargeable electric drill.
With a cordless drill and a long, five-eighths inch wood auger bit, you can drill through eight inches of ice in less than 30 seconds. Most cordless drills that are at least 7.2 volts will work, but the type of bit is critical. You need a wood auger bit since they have a spiral called a "flute" around the shaft that metal drilling bits don’t. The flutes pull the ice chips out of the hole and help keep it from getting stuck, much in the way a full-sized ice auger works. It is important to dry the bit and give it a quick spray of silicone lubricant after each use. Otherwise, the next time you open your toolkit, you’ll find your once shiny drill bit looking like a rusty nail!

Tape Measure.    Some people claim they can judge thickness by where the chisel or drill suddenly breaks through, but that happens so quickly, it’s easy to overestimate the thickness. It’s smarter to use a tape measure or something like an ice fisherman’s ice skimmer handle with inch markings to put down the hole and hook the bottom edge of the hole to determine the ice’s true thickness.     For New, Clear Ice Only         2" or less - STAY OFF        4" - Ice fishing or other activities on foot     White ice, sometimes called "snow ice," is only about one-half as strong as new clear ice so the above thickness’ should be doubled."